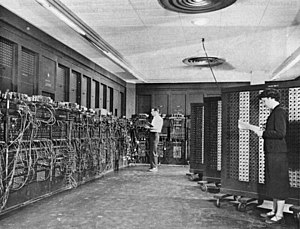 I just read one of the most intelligent articles I’ve come across in the last few months, and it wasn’t in the New Yorker. I recommend you click the link and read it, but if you prefer an executive summary: the iPhone is a pocket-sized networked computer that replaces all the crap you currently need to carry around to do business (i.e. PDA, phone, laptop), is cheap enough that you can buy it yourself rather than wait for IT to relent and support it, and it’s being sold as a phone because people understand phones.

I remember when the Newton came out in 1992 (or was it 1993?) and I thought it was going to be equally disruptive. In the end, the Newton failed largely because while it eventually did more-or-less everything it set out to do very well (as of the MessagePad 120) it wasn’t a rounder wheel — it didn’t replace anything you already needed to carry around, it was just a really good … whatever it is that it was.

The iPhone is a better phone than your phone, a better iPod than your iPod, and a better laptop than your laptop (well … it’s smaller, has better battery life, and it always has a ‘net connection). OK, it won’t replace my laptop across the board, but it certainly can replace my phone and iPod, and I’ll always have it handy, whereas I don’t carry my laptop with me when, say, I go shopping. So if I see an interesting game, I can’t look up reviews of it until I get home.

Oh, I’m not buying an iPhone until I see what the next version or three look like. Specifically, I want more storage capacity and SD media support. 7.2 GB just doesn’t seem like nearly enough.